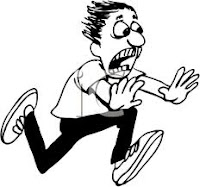 WOW! Is our city council scared to run the city without Ken Witt?
First, why is it that Mr. Kevin Riley feels the need to hire a professional agency?  Is the council uncapable of doing a job?
Second, why not try and run the city without an administrator...at least through the end of the year?  The city could acquire a fair amount of applications and take the time to hire a qualified individual if they choose.
Third, Mayor Sund has been a president of a local bank for so many years, couldn't he along with the city council make the budget for the following year?  If they are uncapable, its a no brainer...copy the budget from last year with a savings of $90,000+ from the administrators SALARY alone (NOT including benefits).
Fourth, we have an attorney on payroll that should be able to "have our back" on any legal issues.
Would it really be so bad to try and run the city without an administrator?  Make the mayor and council members work for their titles and positions.  La Crosse and Onalaska both do fine without one...and wouldn't they both have bigger budgets?
MR. RILEY, do you not have any self confidence or any confidence in your fellow council members?  It is always easy to spend other peoples money.  Weren't you the same council member who asked the sand mining company for a bribe at a city council meeting with 50-60 residents in attendance?
I believe, Mr. Riley should step down as the chairman of the personnel and finance committee.  When I read the article, it is clear that he scared and nervous because Mr. Witt is leaving.  You are the CHAIRMAN....you are in charge and the best you can do is "hire an agency" to do your work?
I have always said that Mr. Witt was only using Sparta as a step stone.  He never planned on staying and that is why he never cared about things like the sand mines, the ethanol plant...he was only focused on making his numbers look good.
Mr. Witt has been here for about ten years and didnt have enough respect for his council members.  Some of his council members had to find out he was leaving by reading the newspaper.
I hope if Sparta does hire another administrator, they don't make the same mistake by giving them the same contract they gave Mr. Witt.  (If Mr. Witt was fired he would receive 1 year salary and benefits)
And make sure the administrator doesnt have more power than the mayor or city council members.
Posted by Balls&Backbone at 6/19/2012 08:06:00 AM